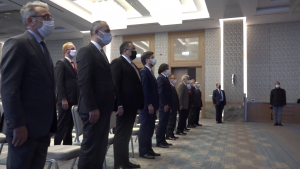 The ceremony started with the national anthems of the two countries.

Honorary Consul Umut Durbakayim “I believe that the Trabzon Honorary Consulate office will bring benefits for both countries and I wish our office to be beneficial to both countries. As the honorary consul, my main goal will be to expand our activities across the two countries and to develop and strengthen our common grounds focused on Trabzon.” He also emphasized that he will make an effort to contribute to economic cooperation. Honorary Consul Durbakayım stated that during his term of office, he will take important steps with the Hungarian government in every field, especially in economic and cultural fields.

Durbakayim said “The relationship of Turks and Hungarians is at the level of brotherhood rather than friendship and it is growing stronger day by day." and underlined that this friendship that started in the past has turned into a social and economic unity in the globalizing world conditions.

Emphasizing that the Trabzon-based Honorary Consulate is a new gateway from Trabzon to Hungary, Umut Durbakayim said, “Behind this gate lies the great Hungarian geography and 27 other European Union countries. I hope that in the coming days, we will develop and strengthen the many opportunities offered by these countries together with our Chamber of Commerce and Industry, our Universities and, of course, our Excellency, Ambassador Viktor Mátis.

At the end of his speech "I would like to express my gratitude to President Mr. Recep Tayyip Erdoğan and to the President of Hungary Mr. Janos Ader, who deemed me worthy of this honorable duty." said the new Honorary Consul Umut Durbakayim. He conveyed his gratitude to the governments of Republic of Turkey and Hungary, Excellency Ambassador Viktor Mátis who has never withheld his support, all embassy employees and his family who were always with him in this process. 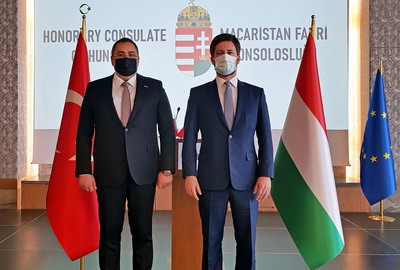 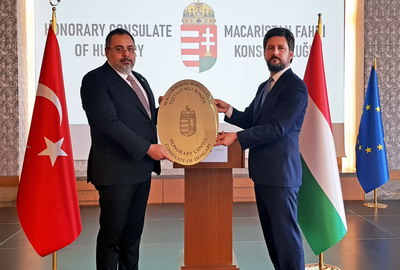 Ambassador Viktor Mátis wished Mr. Umut success for his future work on behalf of Trabzon and the Black Sea Region, referring to the fact that Mr. Umut will be the representative of Hungary in Trabzon and the surrounding provinces in the Black Sea, and that the relations between Hungary and Trabzon will be further strengthened with his contributions. 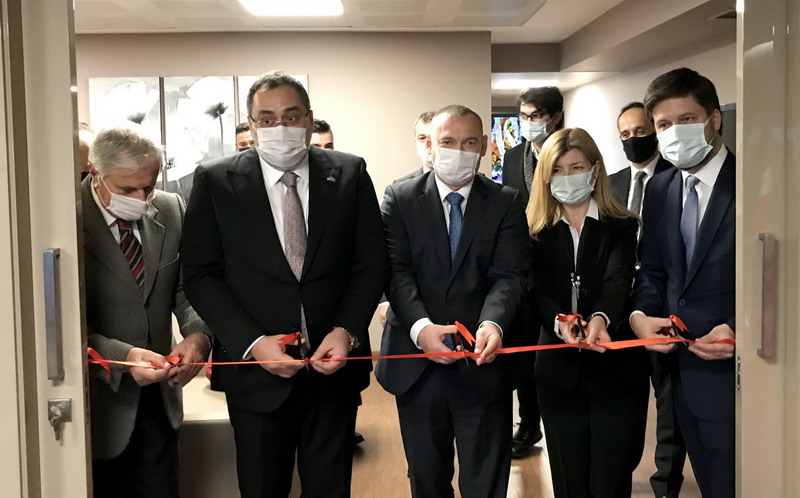 Ambassador Viktor Mátis and Honorary Consul Umut Durbakayım made statements to a local news center before the ceremony.

After the ceremony, the delegation and the guests went to the office in Ataturk Square and opened the Hungary Trabzon Honorary Consulate Office.

After this the delegation opened the exhibition "Ottoman-Turkish architecture in Hungary and the Hungarian Traces in Turkey" which is located in Hamamizade Ihsan Bey Kultur Merkezi.